The beating heart of our community: meet Tuong 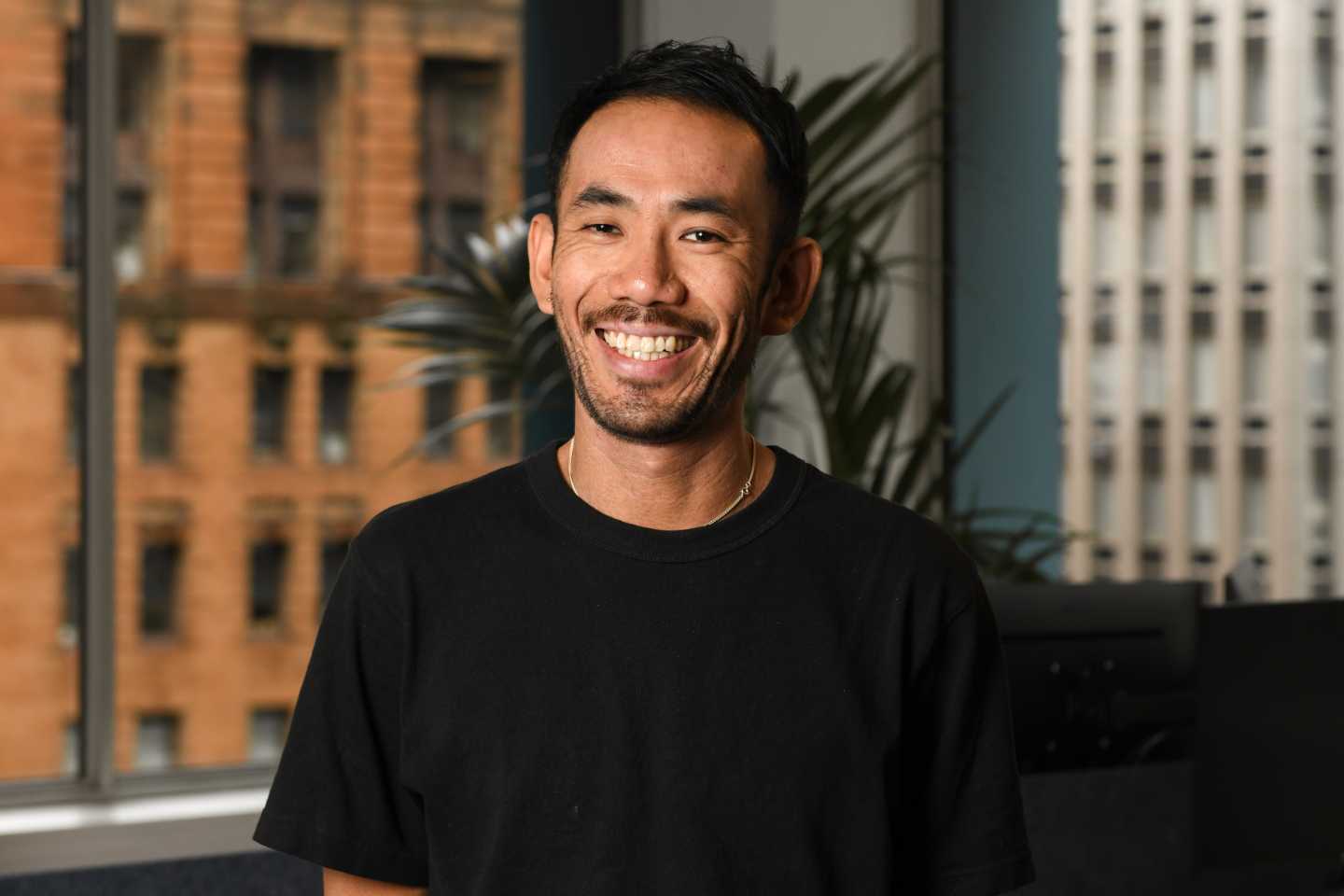 From his student days, Tuong Tran had his sights set on the Big Four.

Starting out on a traditional finance path studying Commerce and Economics at Monash, Tuong began his career at PwC in financial consulting. He spent 4 years doing corporate tax and mergers and acquisitions deals, before moving onto corporate banking at NAB where he spent 6 years.

He dabbled in politics, fundraising for the Victoria Labour Party (“the worst job I've ever done”), then moved into government community engagement work and then the grassroots startup space before arriving at Skalata’s doors.

We spoke to him about how his background brought him here, what his present day-to-day looks like, and what his future might hold.

How would you say your many and varied roles fed into your readiness for becoming a Skalata Venture Associate?

It was all a good grounding in business - having access to senior people within large organisations; understanding how business operates at that corporate level; how to communicate with influence to very senior stakeholders.

What made you want to move away from that corporate environment?

During my time at NAB, I saw that while the work was very relationship based, it was really process driven. I felt that at some point the work would get automated or process driven out. So I wanted to continue exploring different areas.

“Once I've learned something, I'm like, 'okay, cool, I want to learn something else'. And then I want to see how all these bits fit together to get a better understanding of the world.”

So I started working on projects that improved banker experience, bank processes, and customer experience. That's where I started learning agile/lean methodologies. And that really whet my appetite in using human-centred design to solve problems.

What does your previous startup experience entail?

During my time in community engagement I met my then business partner and became a co-founder in a customer experience consultancy called Tiny CX, improving customer experience within businesses, from startup to scale up to medium enterprise. That's when I really started getting involved in the startup space in Melbourne.

“I really got a kick out of being around founders and innovators - people willing to put everything on the line to solve what they believed was a pretty wicked problem in the market or in the world.”

I then became a co-founder in a more traditional strategy design studio - Move Merge - working on interesting projects in education and government; improving student and customer experience again, but using a design lens to solve those problems.

It sounds like your career has allowed you to consistently evolve, and pick up new skills along the way?

Definitely, and I finally got to a point where I was like, “okay, cool, now I want to take these skills and apply them somewhere”.

I realised I've got a fairly good understanding of how businesses operate, having experience across different domains and learning different problem solving methods. I really enjoy working with founders and businesses as they're growing, and believe that's where I've been able to provide a lot of value to people.

So why the decision to go VC side instead of following the serial founder path?

I decided I'd rather get the breadth of problems. Also, I wanted to learn about different business models. I felt that I could probably make the most impact in terms of my skill set in VC.

I spoke to a lot of people who had dealt with Skalata, including companies that had and hadn't gone through the entire process. They all held Skalata in really high regard.

Also, someone I really respect has invested in one of the funds. They could have invested anywhere but they believed in the vision of Skalata. That it's not just about making money, but how we can contribute to shifting the Australian economy to a knowledge economy.

In terms of my role specifically, being a Skalata Venture Associate was something that really leapt off the page for me.

“I love the fact that in just two and a half weeks I’ve been across a whole bunch of different things. It gives us a much greater breadth so when we decide after two years what to do, we have a very good idea of what we want - for our next move within Skalata or otherwise.”

You mention you’ve been across a bunch of different things. What does that look like day-to-day?

It's super varied. One thing I've quickly realised is you have to be really good at rapid context switching. It goes from looking at inbound companies – companies that have applied – or outbound companies we want to reach out to, to jumping immediately into calls with portfolio founders to help them sort out a particular problem.

What main skills would you say you’re deploying in the day-to-day?

It’s switching from selecting to interviewing, where you have to be quite empathetic. Founders are often nervous pitching, so you need to put them at ease while asking the right questions.

In all the instances we speak to founders, they're the domain experts. We don't know one 10th of what they know about a given area, so they need to be able to explain that to us.

So, it’s going from that to doing due diligence on companies that are moving through the process, getting closer to those coming through, to attending events.

As Associates we are the face of Skalata, especially from a deal sourcing perspective. We spend a lot of time with people, whether we're on calls, in face to face meetings, attending events, doing outreach. We're in full communication mode all the time.

Do you feel your previous roles at corporates helped you build these skills?

I think what's helped a lot is just dealing with a lot of different people throughout my career, from a lot of different walks of life. From community members all the way up to C-suite; founders, chair people, senior people within government. It’s being able to communicate and knowing how to ask the right questions.

Switching up from founder to VC, would you say you have a different perspective on the startup space now?

A big part of it has been to really look at things with a commercial lens a lot quicker.

“As soon as you see something, you're trying to understand the commercial reality of it. How usable is it, does this solve a real problem?”

So what would you say to others who are interested in working at Skalata? What makes a person well suited for this role?

Because of the sheer volume of companies operating across different domains, someone who’d be really good for the role is someone who's naturally curious about the world around them.

The other day I was looking at a dating app in the morning then finished the day looking at an agricultural tech company.

I don't think you necessarily need to have a background in finance. A basic understanding of startups is helpful. But the main reason I came in was wanting to be around exceptional people and remarkable founders, and we've got a remarkable team at Skalata.

I also think it’s a great springboard to the next part of your career. Because you get a really holistic understanding of business at that foundational stage.

One of the things that Venture Partner Mark Johnson always says is: just be a good human. People want to work with good people. That's great advice, and sits amongst our five values as well.

Any restaurant or coffee shop tips for a non-local visiting Melbourne?

One of the reasons we just moved to our place is because there's a coffee shop around the corner we love. Which is the most Melbourne thing you can say. It’s a cafe/bakery called Bakeshop on the border of Northcote/Thornbury.

That is loyalty to coffee like I’ve never seen before. Any other passions?

I’m very into rock climbing and hiking. The harder the climb, the harder I am on myself. And what happens as you climb is you create stories in your head, and they're challenges that you need to get through.

It's not even necessarily about the climb, it’s the mental process that you go through to combat what's coming up.

Other than that, all the Patagonia gear i've collected for my adventures has really set me up for a career in VC! 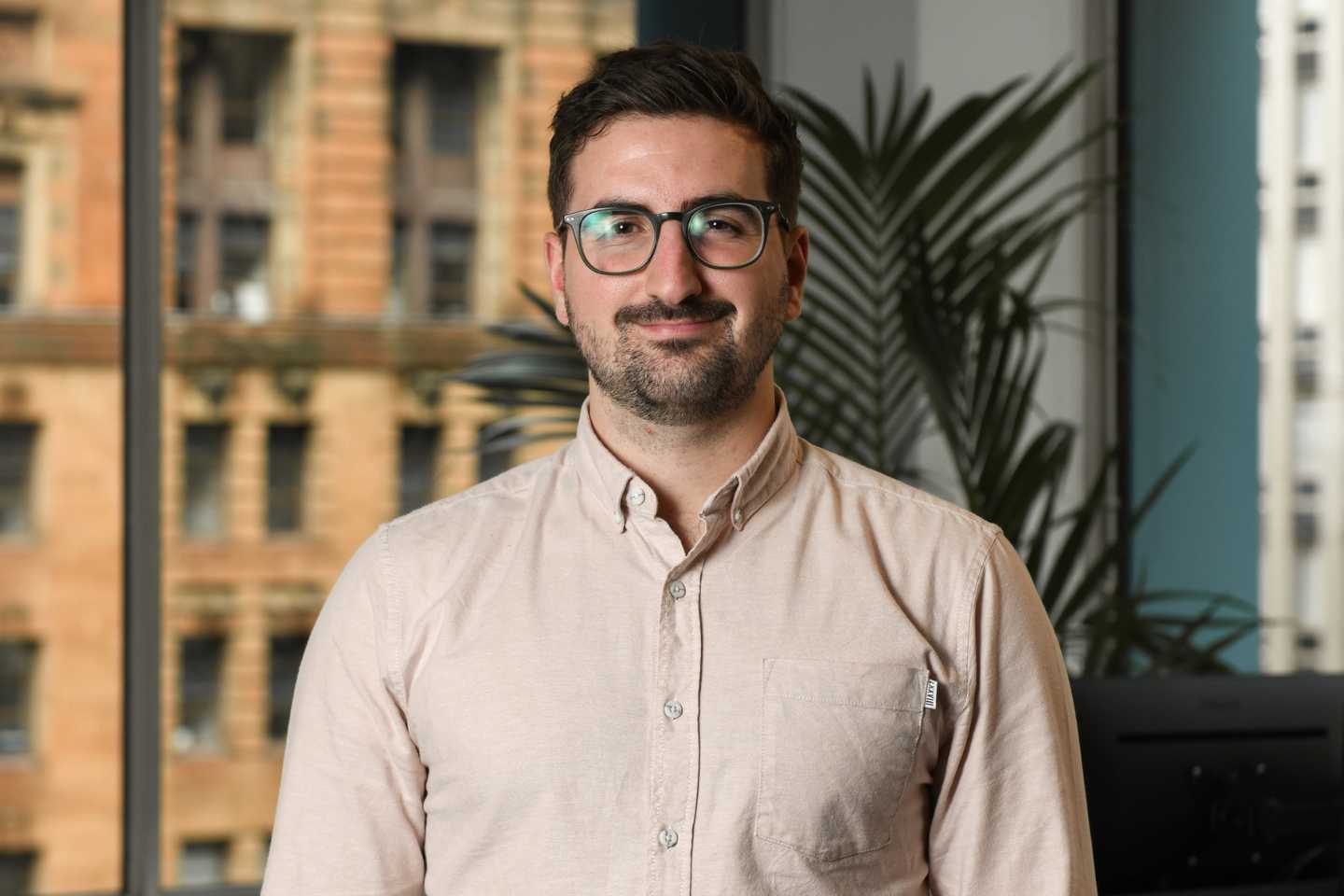 Venture Team Profile
Getting scrappy startups on the straight and narrow: meet Rob 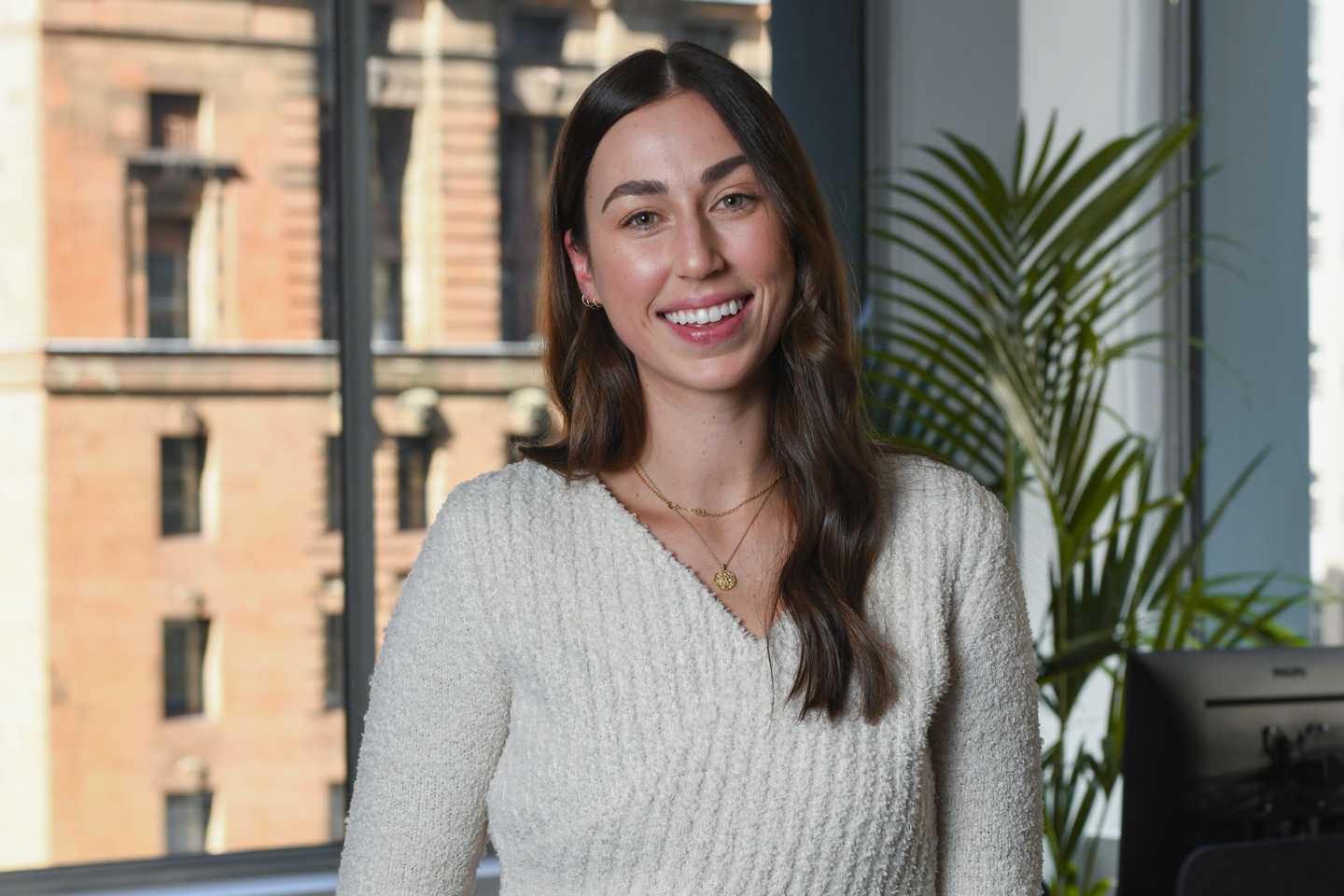